Werebeasts and shapeshifters are mentioned so often in history, they gotta be real. Right? Kind of like Santa Claus. I mean, just look at this:

Brazil has a weredolphin called Boto.

Canada has the famous wendigo.

France has the Loup-garou, also famous if you read Harry Dresden.

Scandinavia has the varulf which prefers to drink beer rather than blood.

Then we get to America. Native Americans have an assortment of skin walkers too numerous to list. They can’t all be wrong. 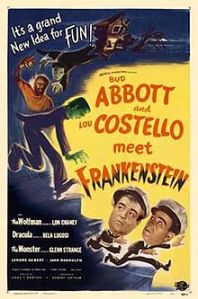 Or so I fully believed as a child. Werewolves fascinated me, and I read every book and watched every movie about them that I could. My favorite was Abbott and Costello Meet Frankenstein . I had a secret crush on Lon Chaney, Jr. His Wolfman character was pathetic and powerful at the same time. But even as a kid, I didn’t think his movie transformation was the way it really happened.

To me, morphing into a different creature would be painful and exhausting work; popping your joints out of their sockets and rearranging your bones doesn’t sound like fun. It wouldn’t be the cute and cuddly way Dee Wallace transformed on The Howling or Jack Nicholson’s enjoyable romps in Wolf . I also doubt that a human could shift into a wolf in mid-leap as they do in Twilight’s New Moon, although I admit it is a beautiful effect.

When I wrote The Amazing Wolf Boy, I tried to incorporate three elements into Cody’s transformation: pain, fear, and embarrassment. I wanted him to walk the line between pathetic and powerful, not so whiny as the Wolfman yet not as aggressive as the Wolf. Most of all, I wanted to keep him human, because despite his strength and enhanced senses he’s still just a kid trying to get along. The result is a bumbling, likable teenager with a secret. I hope you enjoy the story.

One thought on “How To Be a Werewolf”